The Bills of Rights of all States are nothing less than a Declaration of the pre-existing Rights held by “The People” prior to the establishment of any government whose self-evident purpose is to secure the Rights of Man[kind]. If a Right is enumerated and/or established in one place or at one time i.e. . . Magna Carta, then it is held by all [wo]man, in all places, for all times.

On June 2, 1784, We, the People of New Hampshire, saw fit to issue a direct mandate to the Legislature.

Article 31 of the New Hampshire Bill of Rights :

Redress and Require are not idle words.
They were carefully chosen.
Use the Hyperlinks to see how these words were defined in 1828.

The Right to redress is the Right to Lay Claim before the General Court for any damages (harm, injury, loss) which result from any action or in-action (negligence) by the Government.

Article 32 of the New Hampshire Bill of Rights :

“The People have a right, in an orderly and peaceable manner, to assemble and consult upon the common good, give instructions to their Representatives, and to request of the legislative body, by way of petition or remonstrance, redress of the wrongs done them, and of the grievances they suffer.”

Whereas Redress Claims are used to make a man whole, Remonstrance Petitions are used for instructing and/or correcting the Government to avoid future claims (Loss Prevention)

Click HERE to see the Secretary of State’s 2917 page Consolidated Index of Claims and Petitions filed from the 1680’s.

These Claims  and Petitions were used well into the 1940’s

This 2917 page Consolidated Petition Index lists what appears to be well over 200,000 Petitioners that were heard before the New Hampshire General Court in that 140 year span of time and I have yet to find any Evidence of Petition Sponsorship.

Here’s a sample of those Petitions

1776 June 5 – Redress Petition of the Congress at Exeter.

See how Page 339 of the 1812 New Hampshire Senate Journal makes known the Historical Process for Redress i.e. … “The House of Representatives are now ready to meet in convention to proceed in the public hearings…” and again in the next paragraph “The Senate met the Hon. House in convention and after attending to the hearing on the petition of Elunt Eastman & David Chens …” and also afterward “…the convention arose with (*ea**) to sit again (**  the) Senate returned to their Chambers”

1812 June Session of the New Hampshire Senate on Google Books 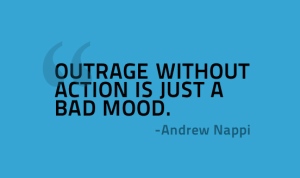 10 thoughts on “Authority to Claim Redress”